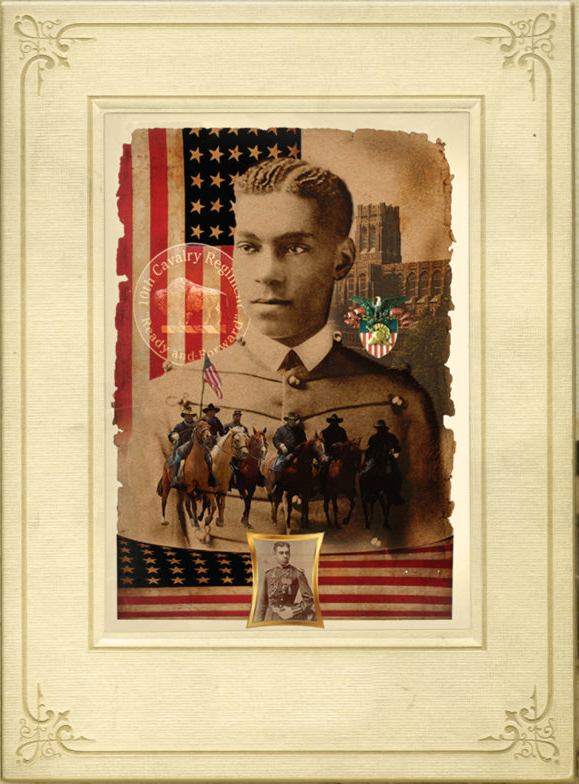 Henry Ossian Flipper was the first African-American graduate of the United States Military Academy at West Point, NY. He was born a slave on March 21, 1856 in Thomasville, Georgia, and died on May 3, 1940 in Atlanta, Georgia. He was the eldest of 5 brothers. During his lifetime, he was accomplished as a soldier, civil engineer, author, newspaper editor, surveyor, cartographer, and pioneer in the oil industry.

He was taught to read in 1864 by another slave and then attended several American Missionary Association schools prior to being sponsored by Representative James C. Freeman in 1873 to attend West Point. After enduring 4 years of being “silenced” and shunned by fellow cadets, LT Flipper graduated from West Point in 1877, ranking 50th out of a class of 76.

At the time of his graduation from West Point, he was the only African-American officer in the United States Army. Having joined a segregated military, assignments for a black officer were extremely limited, and he was assigned to the all-African-American 10th Cavalry Regiment (one of the Buffalo Soldier regiments).

LT Flipper became known as a talented civil engineer and led his unit in several engineering projects, including the digging of a drainage ditch at Ft. Sill, Oklahoma. This ditch was designed to protect soldiers from diseases such as malaria. “Flipper’s Ditch” is still in existence, a testament to the talent and skill of a young LT Flipper.

LT Flipper’s military career was cut short when he was accused (later proven to be wrongfully so) of embezzling funds entrusted to his care. In December of 1882, a court-martial found LT Flipper innocent of the main embezzlement charge against him; nonetheless, they found him guilty of a charge added belatedly. This charge, “conduct unbecoming an officer and a gentleman,” was thought to be wrongfully motivated due to his commanding officer’s opinion that his contact with a white female was inappropriate for a black officer.

After his dismissal from the Army, Mr. Flipper became a highly successful civil engineer and an accomplished author, penning such seminal works as The Colored Cadet at West Point, and Negro Frontiersman: The Western Memoirs of Henry O. Flipper. He also became fluent in Spanish and wrote several books on legal subjects pertaining to Spanish and Mexican law.

President Bill Clinton, after reviewing the court-martial record of his 1881 “trial,” granted a name-clearing Presidential pardon to LT Flipper in February, 1999, 118 years after his original dismissal from the United States Army.

Henry O. Flipper died on May 3, 1940 and was buried in Atlanta, Georgia. Later, after receiving the Presidential pardon, his remains were re-interred, this time with full military honors, beside his parents in Thomasville, Georgia.